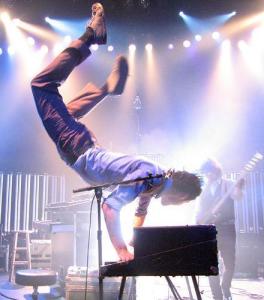 50 days to go til Coachella…

I’ve been hearing about them for the past year or so, every since my friend bassist and Superintendent of Luminous Detail, Jeff Allen called me up and told me I needed to check them out.  But of course, I didn’t check them out.  I kept forgetting their name.  Then every few months when we spoke again, he’d mention them yet again, and I’d always mean to check them out but then I’d get side tracked (kids, work, dogs, etc)… So imagine my surprise when I saw their name on the Coachella lineup!  Jeff has great taste in music in general – except for the time he tried to sell me on some horrendous orchestral CD involving the New York Phil playing Led Zeppelin’s Whole Lotta Love.  Last time we spoke, he actually denied any memory of this, but I’m like an elephant and I remember sitting in his dumpy apartment on 91st Street trying to mask my horror as he pawned it off as good music.  I should probably add he also has a strange affinity for ambient space music – of the two notes every four thousand bar variety, where you’re not sure if you’re listening to music or the hum of a carburator five miles away.  Despite those two minor flaws he has fantastic taste in music, and I looked forward to checking out my MuteMath mix on our Sonos system.  And let me tell you… END_OF_DOCUMENT_TOKEN_TO_BE_REPLACED 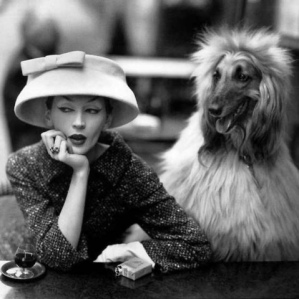 51 days to go until Coachella…

Charlotte Gainsbourg is officially off the list as well because of the following reasons that only came to light today.

Coco Chanel would not approve and neither do I.

Next up MUTEMATH:  Now this is hip.

The Smiths and How I Reject Their Bullsh*t or: Why I’m Not Going to Hear the Cribs at Coachella 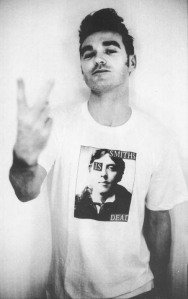 Last night my boyfriend took umbrage at my remarks regarding The Cribs.  Apparently, they are ‘brilliant’ and I am simpy misinformed. I believe his exact words were, ‘You will like the Cribs, and you will be seeing the Cribs.”

However, I am not that easily swayed, and have decided to mount an argument in my defense.

I’ll start briefly with the Smiths.  Back in high school, I found them to be annoying.  I didn’t buy their dreary blend of cynicism wrapped up in a cute pop beat bow.  They were like the Jam with pretentious lyrics. In terms of innovation, Elvis Costello was doing a lot more heavy lifting; In terms of excitement, The Specials blew them away in concert.

Like most bands, they broke up over squabbles involving money, and creative differences (namely those of Morrisey and Johnny Marr – the lead guitarist).  Though I suspect Morrissey had to have been a giant pain in the ass.  Anyone who makes a vocal point of abstaining from sex, drugs, alcohol and meat, has to be annoying to be around.  Imagine going on the road with him?  It’s a wonder they lasted for as long as they did.

So, The Smiths break up,  Morrissey goes it alone, campaigning for vegetarianism while his loyal fans dress up like him at his concerts.  It’s all  too wierd for me.  In the meantime, Johnny Marr, wanders around like the Willy Loman of guitarists, playing with The Pretenders (after Honeyman-Scott died), Pet Shop Boys, Talking Heads and Modest Mouse.   END_OF_DOCUMENT_TOKEN_TO_BE_REPLACED

Tagged as 1986, Johnny Marr, Morrissey, The Cribs, The Smiths

Killing Myself to Listen 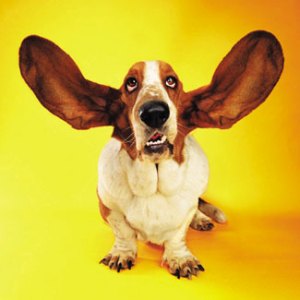 I knew I had a lot of music to get to this weekend, but something about enforced listening reminds me of my torturous first year at Manhattan School of Music.  To avoid any freak-outs,  I dragged my eight-year-old son into the process. He wants to be a rock star so it really seemed to be a no brainer.  Here’s what we checked out:

“What’s the difference?” I ask.

“New Wave came out of punk, and glam rock.  Indie is all about clean guitars and singers who sort of whine,”

I beam with pride.  It’s nice having such an informed son.

“Besides,” he continues, “She can’t be Indie because she’s French, and Indie bands are all from India.”

Did I mention he’s only eight? END_OF_DOCUMENT_TOKEN_TO_BE_REPLACED

Tagged as active listening, Get Me Out of Here!, hipsters, I'm A Celebrity, Salif Keita, Zoe Deschanel 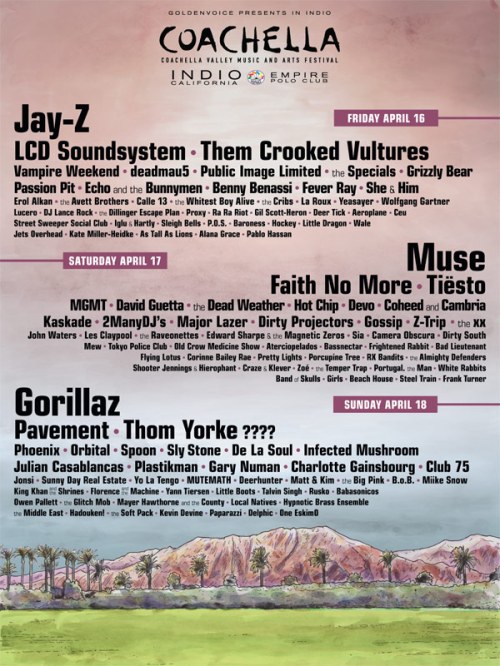 Here’s what I know.  David Guetta is always enjoyable.  I run to him all the time.  Maybe I can run around the tent during his set.  Jay Z seems like he’s a nice husband, he doesn’t mind when Beyonce gets all that cellulite on her thighs during her vacation months.  Also, I always loved the idea of the Black Album — or was it the Grey Album (or was that DangerMouse) but I’ve never heard either, so I suppose both are on my list.  I wonder if they are the musical equivalent of the Whites and the Grays in architecture.

Mutemath is supposed to be really cool in an important kind of way —  at least my musician friend Jeff in NYC seems to think so and he’s always right about these types of things.

Corinne Bailey Rae’s husband died fairly recently, her album will probably be depressing.  Corinne at her happiest is still fairly depressing with that Billie Holiday rasp of hers.

Thom Yorke was the lead singer of Radiohead, or maybe he still is.  I don’t think I’ve ever listened to Radiohead but like most 40-something white people who want to appear cool, I pretend to listen to them.  But what’s with the question marks.  Does this mean he may not play?  Also, when I check out the Radiohead website I have the urge to start a hydroponic garden.

There’s a Vampire Weekend CD in the car but I’ve never listened to it.  Public Image Limited? Are they from the 80s – because for the most part I only listened to The Police in the 80s?  Still, I feel like I’m confusing them with another band.  Are they related to Spandaux Ballet? I don’t think I ever listened to them either. Who were the ones in that movie The Krays and what was with the toy alligators?  I always felt they signified something even though Tubbs says they don’t.

Spoon.  I love Spoon.  I used their songs for a few trailers I did for my first book.  They’re from Texas but they sound English. Sly Stone.  I love Sly Stone but have to wonder if the Family will be joining him.  For the record, Sly Stone was the second album I ever owned (the first being Best of Bee Gees pre that Saturday Night Fever crap).

Gary Numan – I only know his one song CARS and what’s not to love with that heavy synth hook.  I also love how Vince Noir on  The Mighty Boosh is always referencing him – and if you haven’t seen The Mighty Boosh rent it, it’s genius.  In one episode,  Gary Numan lent Vince his  jet so he could get to the North Pole.  Gary is cool like that.

Next up for Monday: I start listening to my mixes.  Plus some Oliver Sacks stuff on neurology and music, and a brief rundown regarding my 80’s Police obsession.

Tagged as Architecture, hydroponic gardens, sea monkeys, The Grays, The Krays, The Mighty Boosh, The Whites 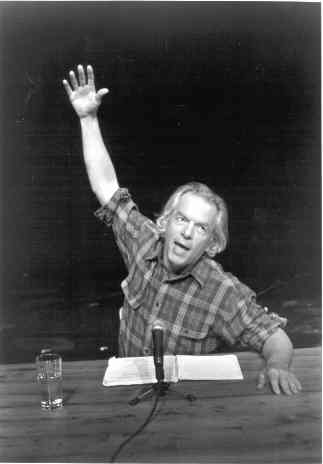 Okay, so my big goal with this whole Coachella Experience is to have some sort of Perfect Moment of the Spalding Gray variety.  Of course, I’m not greedy.  If it can’t be ‘perfect’ I’ll accept transformative.  At the very least, I’ll settle for a sign.  But this means I have some homework to do.

My boyfriend, Tubbs is making me a daily playlist on our Sonos system.  This way I can get to know all one hundred twenty bands on the lineup.  There are going to be five stages, with bands playing simultaneously all day.  From what I’ve read, the most you can check out is eight to ten full sets a day.  I’m going for the low-ball at eight, but I need to find the right eight bands.  The plan is to listen to everything and take notes, judging the music on three criteria:

Does it make my heart pound or cause me anxiety?  If it does, I scratch that band off my list.

Does it make me happy?  I’m talking about a general feeling of joy similar to what I experience when I look at polka dots or multi-color stripes (Crate and Barrel has a line of striped table linens that brings me serious joy).  If so I put it on the list for both of us to check out.

Is it sufficiently dreary?  Tubbs was the first to name my ‘dreary’ side.  This isn’t a depressive thing, rather it relates to my secret desire to be a character from a Wes Anderson movie and/or a long lost member of the Glass Family.

These bands also go on the list, but there is the possibility that I may attend solo, in the event that Tubbs wants to go hear one of the heart palpitation bands.

So, if I do my homework, and establish a basic frame of musical reference, I will be leaving the door open for musical transformation (you can’t have a moment, if you don’t know the songs). With any luck, after three days, I’ll get my perfect moment (of the Spalding Gray variety), where I commune with the godhead and my Coachella experience ends on a joyous note of hope.

Next Up: The lineup, and what it means to me.

Will the Mermaids Sing to Me?

58 days and counting… (to Coachella) 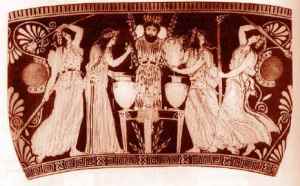 From a cultural standpoint, getting drunk with a few thousand people in the name of music and booze is nothing new.  People have been engaging in these types of social rituals for tens of thousands of years.

Filed under COUNTDOWN TO COACHELLA, HISTORY